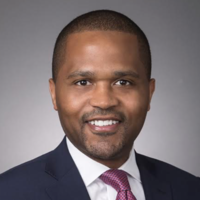 Virgil Miller served for nearly 13 years in the U.S. House of Representatives, most recently as the Chief of Staff for Rep. Cedric L. Richmond (D-LA), current Assistant to the Majority Whip and immediate past Chairman of the CBC. Virgil served as liaison between Rep. Richmond and two presidential administrations, including all federal agencies. In addition, he coordinated Rep. Richmond’s activities with congressional leadership and House committee offices, earning a high level of respect by members of Congress and many others in Washington, on both sides of the political aisle. He was instrumental in developing the strategy for successful passage of multiple bills in the House pertaining to job creation, cybersecurity, energy, flood protection, disaster recovery, critical infrastructure protection and nuclear global detection.

Before joining Rep. Richmond’s office, Virgil spent four years as a professional staff member for the Committee on Energy and Commerce and health policy advisor to Chairman John Dingell (D-MI). He played a key role in drafting and negotiating the passage of some of the most consequential health and safety policy of the last 15 years, including the Affordable Care Act, the Food Safety Enhancement Act, the Family Smoking Prevention and Tobacco Control Act, the Food and Drug Administration Amendments Act of 2007 and the Ryan Haight Online Pharmacy Consumer Protection Act of 2008.

Earlier in his career, Virgil was a health policy fellow in the office of Rep. Edolphus Towns (D-NY). In that role, he assisted in developing and advancing the congressman’s health policy agenda, including reauthorization of the National Institutes of Health, reduction of childhood obesity, expansion of the State Children’s Health Insurance Program and medical device safety.