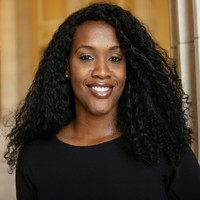 Nicole Tisdale is the founder and principal of Advocacy Blueprints. In this role, she works with individuals and organizations who are eager to accelerate policy issues, increase advocacy efforts, and create changes in their organizations and Communities. Nicole created Advocacy Blueprints to make the government more accessible to everyone. Advocacy Blueprints is a company focused on advocacy education, training, and consulting. It provides a variety of customized keynotes, courses, seminars, workshops, and consultations for corporations, nonprofits, associations, government entities (federal, state, territorial, local, tribal, and international), and individual clients.

Before founding Advocacy Blueprints, Nicole worked for the United States Congress for more than a decade. She served as the primary national security advisor, in the role of Director and Counsel to the U.S. House of Representatives Committee on Homeland Security, for Intelligence & Counterterrorism. She is known as an expert on a wide variety of policy issues, including national security, cybersecurity, counterterrorism, data privacy, and intelligence. She is a well-respected collaborator known for her winning record of developing and executing bipartisan legislative agendas.

Also, while serving as the Director of Outreach and Coalitions for Democratic members and staff, she helped advance the Committee’s outreach efforts by creating strategic partnerships between the Executive Branch and private sector to harness support for legislation and oversight for public policy efforts. Nicole also represented the U.S. on official delegations to more than 30 nations

to discuss and negotiate a range of security, economic, intelligence, political, and human rights issues with foreign leaders. She managed and assisted with more than 100 congressional hearings, selecting and questioning 350+ witnesses. She also helped to secure passage of 354 bills through the House of Representatives, of which 80 went on to become law.

Before her time in Congress, Nicole served in a number of policy and political fellowships and internships including: the United States Senate, the Mississippi Innocence Project, the City of Birmingham (Alabama) Department of Youth Services, the Mississippi Family Law Clinic (Domestic Violence), and numerous political and advocacy campaigns. She is also a former government and political science substitute teacher and tutor and continues to volunteer with advocacy education groups.

Nicole is also a best-selling author and accomplished keynote speaker. Her book, Right to Petition: A Practical Guide to Creating Change in Government with Political Advocacy Tools, was released in April 2019 and was widely praised. As a speaker, she works to drive the biggest possible impact with each of her audiences, combining engaging stories, gorgeous visuals, and practical techniques that push audiences to jump-start their creative energy and solve challenges in fresh, innovative ways.

Nicole received both her Juris Doctorate (2009) and Bachelor of Arts (2006) degrees from the University of Mississippi. Nicole is the inventor and patent holder for the Southern Magnolia Artificial Christmas Tree (Patent# USD768533S1). In her free time, she is a frustrated golfer and enjoys entertaining in her home.